New Years-the  time for the reset button, where we commit to healthier options and direction. Hopefully something as simple as real food is high on the list of new direction this 2015.  So many products on the market cause us so much harm and we aren’t even aware of the practices within the industry.  Informing ourselves  to better our food buying choices for ourselves and our family should be a simple proactive resolution carried out in 2015.  Not all food within the categories is the same.  No one is watching for us, or testing for us… it is really up to you, the consumer, to figure out what is best for your health and as they say, “you are what you eat”. 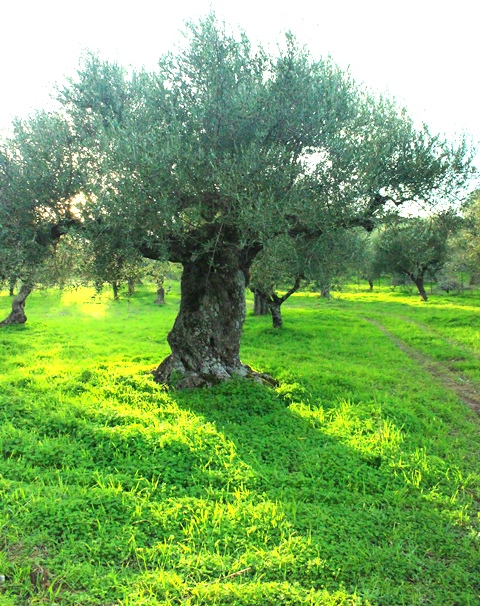 Its a nice notion to believe that things are always as they appear… but when we research what we are eating or feeding our families, we find out a different story.   Olive oil is a very Fraudulent category, as we all know, in the marketplace.  Most everyone has heard this, as articles have been published in New York Times, Wall Street Journal, USA Today, New Yorker magazine, and other publications have been warning about adulterated olive oils being shipped to America. A National Public Radio report has called olive oil fraud “rampant.” 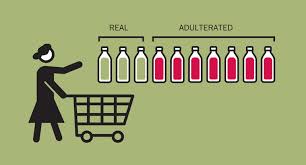 Here’s the problem with this category in particular-
Because of the many scientifically documented health benefits of extra virgin olive oil, demand for it  is soaring the world over. Olive trees have blossomed into money trees, and this has attracted a small army of unscrupulous operators.
In a breakthrough undercover report entitled “Slippery Business,” the New Yorker magazine explains, “Olive oil is far more valuable than most other vegetable oils, but is costly and time-consuming to produce—and surprisingly easy to doctor. Adulteration is especially common in—–, the world’s leading importer, consumer, and exporter of olive oil.”

To boost profits, for example, some producers have been caught adulterating the oil they label as “extra virgin” with much cheaper hazelnut, soy, or sunflower seed oil, among others, as well as mislabeling its country of origin.  And they keep doing it because, as one investigator explained to the New Yorker, the profits in adulterating olive oil are “comparable to cocaine trafficking, with none of the risks.” Often the well-known brand-name olive oil companies you’re familiar with may not even realize that this trick has been pulled on them by unscrupulous suppliers halfway around the world—but you wind up with adulterated oil in your kitchen, on your food, and in your body just the same.

According to the New Yorker investigation, in recent years “olive oil was the most adulterated agricultural product in the European Union, prompting the E.U.’s anti-fraud office to establish an olive-oil task force.”

But these and other policing efforts have made very little impact because they are relatively small in scope while the problem of fraud is vast. The New York Times reports that “50 percent of the olive oil sold in America is, to some degree, fraudulent.” This includes many well-known and expensive brands.

“American grocery stores are awash in cheap, fake ‘extra virgins,’” says The Wall Street Journal.  CBS News adds: “Consumers who think they’re buying one of the healthiest foods on the planet often get something very different.”

So, when we do the research and choose the unadulterated, fresh Extra Virgin Olive Oil, the kind they consume in Farms and Villages in Greece we will begin to see that “Food can be thy Medicine”.

A Columbia University study has found that the Mediterranean diet rich in olive oil can reduce the risk of Alzheimer’s disease by up to 40 percent. The study, one of the largest on the impact of food and drink on mental decline, appeared in the Annals of Neurology. The study monitored 2,258 healthy, elderly people in New York who were part of a research project on aging.
Secret of Greek longevity?
“They may smoke more than Americans and their health care system is far from perfect, but Greeks usually live longer than their U.S. counterparts, and they have some of the world’s lowest rates of heart disease and cancer.
“The secret may be their olive-oil-drenched diet.”
“Scores of scientific studies in the past decade have shown that olive oil, which is high in monounsaturated fat—the ‘good’ fat—may prolong life by combating coronary heart disease and different types of cancer.
“No wonder the Greek physician Hippocrates, known as the father of medicine, is said to have referred to olive oil as ‘the great therapeutic.’”
— from National Geographic Magazine article entitled, “Olive Oil Fights Heart Disease, Breast Cancer, Studies Say,

Olive oil is one of your joints’ best friends. It’s a powerful anti-inflammatory food that prevents  pain and blocks the progression of osteoarthritis and rheumatoid arthritis. Eat some every day—beginning today.…

“Research shows that 50 milliliters of olive oil (about 3 ½ tablespoons) produces the same pain-relieving effect on your joints as a 200-mg tablet of ibuprofen. That’s certainly impressive, especially when you consider that using olive oil won’t put you at risk for the intestinal bleeding and kidney damage that long-term NSAIDs can.
“In addition, EVOO delivers an exceptional benefit to your heart and blood pressure. In regions of the Mediterranean where people consume a lot of olives and olive oil, death rates from heart disease are 90% lower compared to the U.S.
“And EVOO offers an exceptional cancer benefit for women. Scientists analyzing the health and diet data of 9,000 women in northern Italy discovered a 34% lower risk of breast cancer in those who consumed the most olive oil and raw vegetables compared to those who consumed the least…. …from the book Arthritis Interrupted… 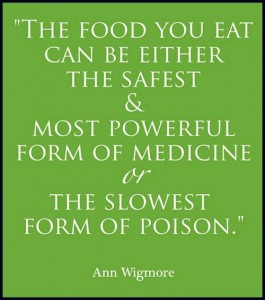 Try the Real Thing!  Straight from the regional farms of Greece, bottled at the source! Buy here with no costs on shipping—–>http://amzn.com/B00R514IA0 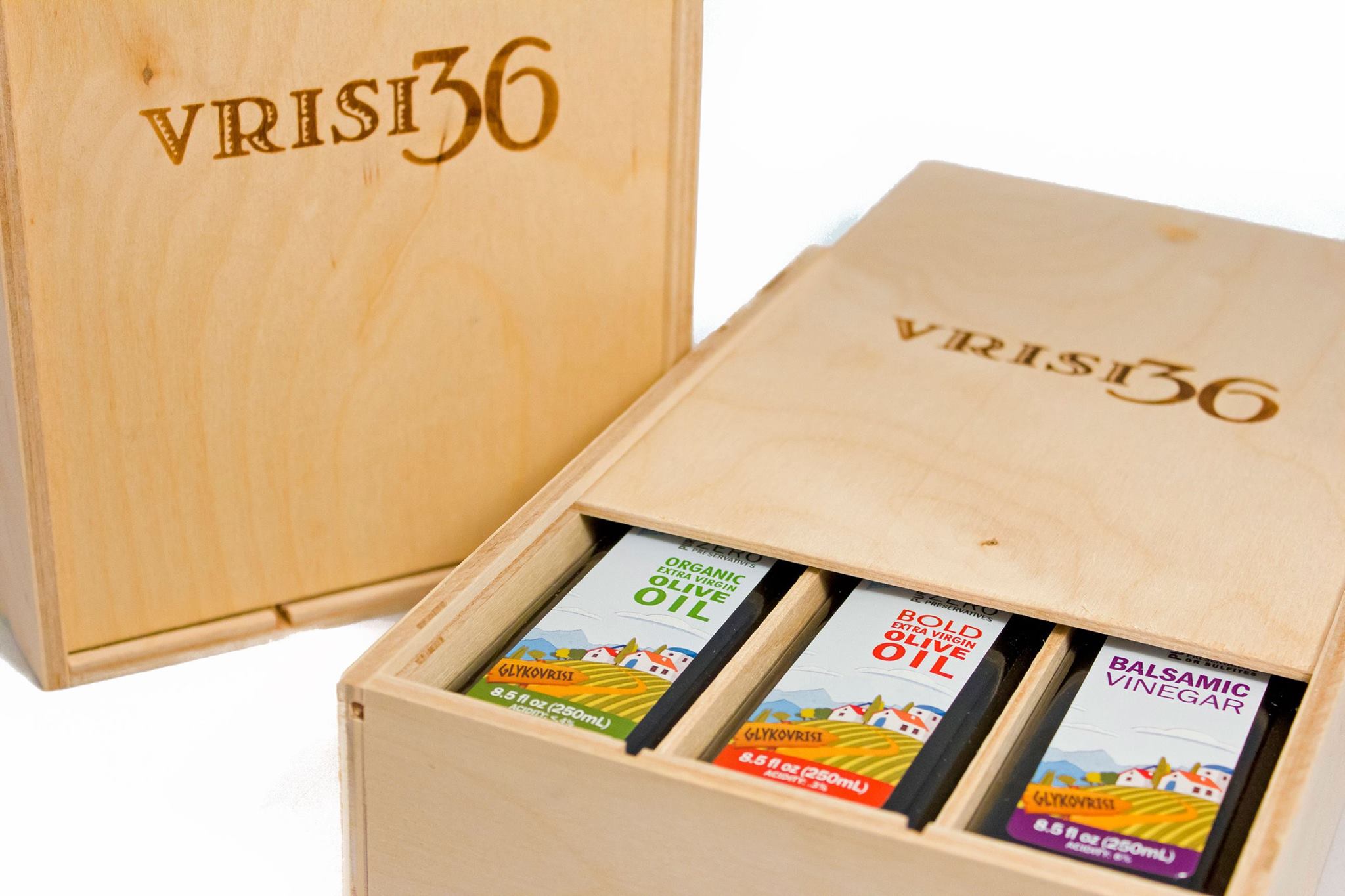 Such  amazing examples of what we ingest  really has an effect on our bodies.  Have you had any experiences with food products which helped heal or better your health or well being?  Let us know!  [gravityform id=”1″ name=”Vrisi Contact Form”]

Cheers to our EVOO-lution in 2015 and all the health benefits that the proper olive oil can bring.